E-Mail the show at waynewnri.yahoo.com

On a chill November night, Thea Lorimar arrives on the last train to the small village of Kingston, Rhode Island. She patiently waits, unaware of her killer lurking in the darkness. South Kingstown's Detective Lieutenant Kara Langley is charged with unraveling the clues left behind to discover what brought the victim to this picturesque New England Village. Who would have reason to murder this gentle recluse? Langley and her team are determined to find answers and catch the person responsible for this disquieting death in a town once affectionately known as Little Rest. 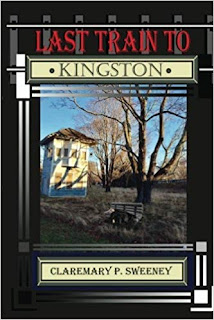 Posted by www.mynwri.blogspot.com at 7:12 PM No comments:

E-Mail the show live at waynewnri@yahoo.com


K.Eric Crook will discuss his book, Greatest Hits: A Retrospective 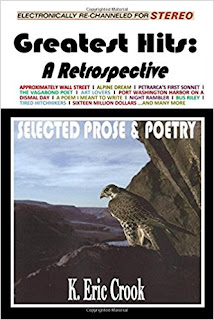 n this entertaining and impressive debut collection of poems and other short works, author K. Eric Crook shares his honest and powerful journey of self-discovery as told through thought-provoking pieces that span different reflective and inspirational periods of his life.
Posted by www.mynwri.blogspot.com at 8:45 AM No comments:

E-Mail from now thru show time at waynewnri@yahoo.com 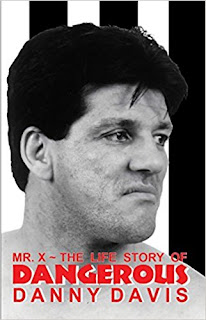 This official wrestling autobiography / young adult literature is the life story of professional wrestling's most famous "bad guy" referee. Dangerous Danny Davis grew up in a poor family during the 1970s near Boston, MA. He came from a broken home that was so small that there wasn't even space enough for him to live there. Taking life to the streets, Danny did whatever he had to do to survive. Stealing, violence, and crime all led him to reform school and eventually jail. Read how Danny turned his life around by trading in his bars for his trademark black and white stripes. His climb to the top went from putting up wrestling rings, to refereeing wrestling matches, to eventually becoming a wrestler himself with the biggest promotion in the world, the WWE. His inspirational story is about doing the right thing, developing a good work ethic, and the overall importance of family in the end.
Posted by www.mynwri.blogspot.com at 10:34 AM No comments:


Come find me! I’ll have exclusive paper copies of my short stories available for free. They’re also available as a free download at Paper Angel Press.

First Magus Brent Rogers is in Afghanistan with the US Army. He’s told that he’s going home on leave because he may be attacked and captured. He goes home, deals with his sister, brother, mom, and dad.


But he can’t escape the war and his own fate.

Mike LeBonte has just been released from magic prison. He’s out to make a new life for himself and promises to be good.


If you went to prison for summoning  demon, that’s pretty hard.

Mike and his boyfriend Scott are alone for two weeks with plans to spend the time together.


No such luck, when Mike’s cousin shows up, and Scott’s ex arrives to throw a wrench in Mike’s plans. Oh, and the demon he thought he banished is back.

Three stories of the Earth signs: Capricorn: It’s a race that the Earth-mover plans to win, Taurus: The eyes are the mirror of the soul, Virgo: In 1930’s Chicago, gangsters rule the streets. You’re either with them or you’re dead. (from Zarra Knightley Publishing)

It’s Scott’s birthday and Mike has a great party in mind…but the Providence police call him in for a crime scene that has evidence of a demon no one in their right mind should summon. Mike’s prison past comes back to haunt him, and he realizes that advanced technology can kill magic.

(Yeah, I know. Two years in the works ...) Brent Rogers returns to Afghanistan with a new mission that’s meant to keep him out of the field and out of the way. Someone doesn’t want him there, though.

Posted by www.mynwri.blogspot.com at 4:02 PM No comments: 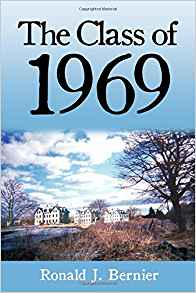 Author Ronald J. Bernier will discuss his book, "The Class of 1969 "

Generations of families drove past those old, creepy stone cottages in the Sockanosset neighborhood of Cranston Rhode Island. And generations of terrified children were put on strict notice -- misbehave, and you might find yourself locked up in that terrible “Bad Boys School.” The Class of 1969 is the story of one of those children who was not only threatened like so many other kids his age, but due to chronic behavioral problems brought on by a childhood full of loss and poverty, found himself incarcerated at Sockanosset – formally known as the Rhode Island Training School. There, he would be “rehabilitated” by the state, endure violence, face racial unrest, and battle profound loneliness while attempting to come to terms with who he was and what he had become. And it’s also the story of a troubled teen spiraling into the dark depths of crime and alcohol dependency, and the inspirational journey of spiritual awakening that saved his life. And at the center of it all were those iconic stone cottages, and hundreds of boys just like him locked-up and lost in a terrifying, brutal and cold-hearted system.

E-Mail from now thru the program at waynewnri@yahoo.com
Posted by www.mynwri.blogspot.com at 6:13 PM No comments: