Feel free to E-Mail the program at waynewnri@yahoo.com

Tentatively Scheduled at 9:05am .Author Marc J. Straus will discuss his memoir, 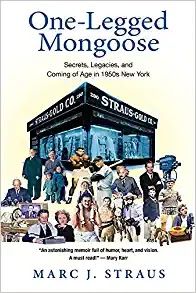 It's June 1953, and 10-year-old Marc Straus is in his mother's car, getting sick from her cigarette smoke on his way to a Hebrew lesson. He and his brother, Stephen, are transferring from public school to a Yeshiva. His parents haven't said why-the family isn't religious. All Marc knows is he'll have to protect Stephen, a delicate kid other kids pick on. Marc's a street fighter who knows how to wall off pain.

So begins One-Legged Mongoose, Marc Straus's vivid, compelling, you-are-there memoir of two years in the life of a precocious, scrappy Jewish kid carrying a dark secret as he embarks on the journey to young manhood in 1950s New York. When school starts, Marc begins commuting four hours daily to a different world, where kids are smart like him and a caring principal takes the troubled truant under his wing. On Sundays, Marc works at his dad's textile store, learning about honor and hard work. At home, he faces his volatile mother.

A perceptive, courageous kid, Marc encounters anti-Semitism in public school, the community, and the Boy Scouts. On a camping trip, his troop leader asks the boys to search for a half-man-half-beast predator called the One-Legged Mongoose who devours human prey. "Why not?" Marc reasons. "I know all about monsters."

Sidelined too often by illness and accidents, including a bout with polio and being hit by a car, Marc starts rethinking his risk-taking way of life and realizes he's not invincible. Life will wound him, but the rest is up to him.

One-Legged Mongoose is a warm, funny, searing memoir about the challenges of crossing from childhood to young adulthood. It's an inspiring story of one boy's struggle to survive an abusive home, understand the world around him, and embrace responsibility for his own life.

Posted by www.waynebarbersracechatter.blogspot.com at 7:02 AM No comments:

E-mail the program at waynewnri@yahoo.com

Tentatively Scheduled for 9:05am Author Ivan Figueroa-Otero M.D. will discuss his latest book.

Reflections in My Magical Mirror 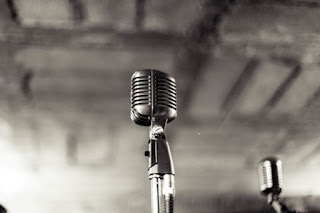 If you could see all the knowledge obtained from the lessons of your school of life reflected in the magical mirror of your mind, would it help? Would you welcome it?

In this book Ivan Figueroa-Otero, MD offers a selection of the wisest quotes from his School of Life trilogy, with loving messages about different aspects of our existence. If we practice them, they can help us find the emotional, physical and spiritual wellness we all aspire to.

Each quote is explained and has exercises to integrate the message into our daily life. If you read the previous books this will help you refine the concepts and practice their teachings.

Posted by www.waynebarbersracechatter.blogspot.com at 9:57 AM No comments:

Tentatively Scheduled at 9:05am  Author Elizabeh B. Splaine will discuss " Swan Song" 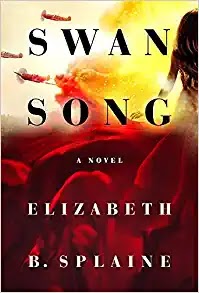 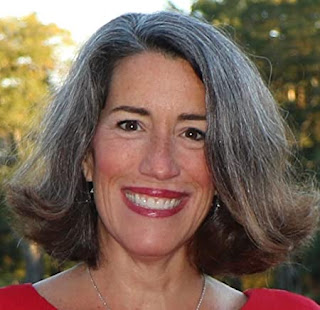 Ursula Becker’s operatic star is on the rise in Nazi Berlin…until she discovers that she is one-quarter Jewish. Although Hitler is aware of her lineage, her popularity and exquisite voice protect her and her family from persecution. When William Patrick Hitler arrives in Germany and is offered employment by his Uncle Adolf, a chance encounter with Ursula leads to a romantic relationship that further shields the young diva from mistreatment. But for how long? Ursula is ordered to sing at Hitler’s Berghof estate where she throws down a gauntlet that unleashes the wrath of the megalomaniacal leader. Fearing for her life, Ursula and Willy decide to emigrate to England. But as the ship is about to sail, Ursula disappears. Willy crosses the globe in an effort to find her, even as his uncle taunts him, relishing in the horror of the murderous cat-and-mouse game.

At 9:35am  Author and Doctor Michael Fine joins the panel 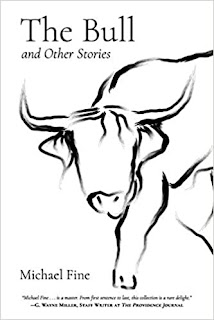 Posted by www.waynebarbersracechatter.blogspot.com at 10:04 AM No comments:

Tentatively Scheduled for 9:05am , Author Tom Leihbacher will discuss, " A Gift Most Rare" 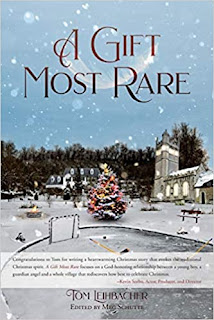 It's Christmastime in the pocket-sized village of Briarcliff Manor. With yuletide spirits flying high, life seems close to perfect in this quaint suburb of Manhattan.

But not everyone feels the holiday cheer. While most go about their joyful holiday pursuits, young Charlie Riverton is restless. Compassionate by nature, he's especially mindful of the lonely and forlorn.

At the same time, he's the unofficial leader of a close-knit group of sixth-grade buddies. Together they grapple with pre-teen hijinks, newfound freedoms and an emerging, nerve-wracking interest in girls.

Meanwhile, there's a curiously gifted newcomer in town. Charlie develops a special friendship with the handsome stranger and together, they set out to craft a God-honoring Christmas gift for the whole community. Along the way, lives are changed and people begin to look at Christmas a little differently.

Come spend the holidays in Briarcliff with this feel-good, coming of age story set in small-town America in the early 1970s.

At 9:35 am Author Tarisa Parrish will discuss, 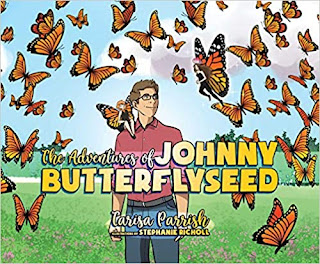 "The Adventures of Johnny Butterflyeseed"

Johnny Butterflyseed and his fairy friend, Raven Silverwing, embark on a mission to save the rapidly disappearing butterflies. They enlist the help of Queen Venus Goldwing and her kingdom of monarchs to educate and inspire kids to become butterfly farmers. At first, Johnny faces his own internal struggle with self-doubt and fear in his ability to make a difference, but then soon develops a mindset that allows him to not only get started, but also make progress one day at a time. Through challenge after challenge, Johnny learns that he is not alone in his mission and that there are many people who want to help. Together, Johnny, Raven, and Queen Venus educate thousands of children on becoming butterfly farmers.

Posted by www.waynebarbersracechatter.blogspot.com at 8:34 AM No comments: 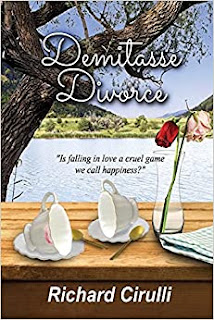 Demitasse Divorce is a deep existential and erotic love story that breaks our sense of convention and a few taboos about marriage, sexuality, and "infidelity." The setting is the majestic mid-Hudson Valley circa 1992. The story is centered on Elia and Anais, two baby boomers fast approaching middle age, as they attempt to regain their passions and sexuality lost via their failed marriages. Now freed from the responsibilities of parenthood and the obligations of marriage, both are now on a quest to replace their sexual fantasies and regrets with sexual realities. Elia is a gentleman, sophisticated architect, existentialist and spiritual moralist, who stumbles across Anais by some act of synchronicity. Anais is Elia's muse and counterpart being an agnostic, hedonist, and actress. Both find themselves drawn together in a hot and uninhibited affair as they attempt to find harmony in the analogy of their opposites. In their attempt to free themselves from the conventions and taboos of the adolescent bourgeoisie sexual mores, they eventually find themselves shackled to an inescapable mutual love they never anticipated and equally fear - it's a love they are no longer able to navigate.

About the Author: Richard Cirulli is a renaissance man living his life as an author, playwright, columnist, producer, poet, photographer, and songwriter. He has written and produced four off-Broadway plays: Via Delarosa, Roundelay, A Lonely Summit, and Thoughts for a Lost Friend. He is also the author of The Songs of Roland. Richard founded the Demitasse Players, a 501 (c) (3) charity, theatrical troupe dedicated to writing and producing plays and movies with the mission to raise funds for the treatment of mental illness, and to bring about an awareness, and understanding of mental illnesses. The author's complete catalogue of work can be found on his website: www.demitasseplayers.com

Posted by www.waynebarbersracechatter.blogspot.com at 6:23 AM No comments:

Tentatively Scheduled at 9:05am Author Jimmy Dunne will discuss, " The Sheperd's Story" 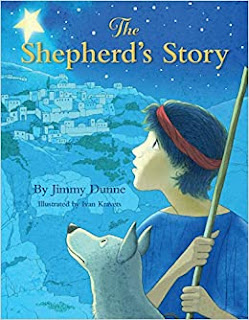 A familiar, beloved rhyme scheme paired with a fresh perspective on the Christmas story, The Shepherd’s Story provides readers with a profound experience alongside a courageous shepherd boy who is searching for meaning in life. Together with the shepherd, readers connect the birth of Christ with their own human experience, learning that one child—a single person—has the possibility of making an extraordinary difference in the world. In the loving arms of his parents, Jesus represents every newborn—and through the shepherd’s eyes, parents and children alike recognize Jesus’ promise of abundant life and infinite love.Come along with the curious young shepherd to explore the human and divine natures of the birth of Jesus—and through this shepherd’s witness, discover the wonder, majesty, and promise of all human life.
Posted by www.waynebarbersracechatter.blogspot.com at 3:53 AM No comments:

Tentatively Scheduled for 9:05am  Author Ham Martin will discuss his new book, "

Vivien Kindler, on impulse, gets a job hosting a local phone-in radio show. She has an unusual idea: she thinks that all her callers have worth, are interesting, and if they’ll just stay on the line and talk with her, everyone else will think so too.

The "regulars" serve up a fun tapestry woven on the sturdy warp of the coastal Maine landscape: a delivery guy who reads Vivien poems written on his route; a lady broken by the long-ago death of a child; a retired, one-legged gardener who once built Navy ships. Others remind her that she is “from away” and will never belong.

Is Vivien’s gentle radio counsel really doing anything—or is it all just talk?

In Talk Radio, Ham Martin deftly imbeds a surprising story in the live dialogue spoken over the air. Tune in to WNWT, Frost Pound, Maine. This Vivien is surely something special.

Posted by www.waynebarbersracechatter.blogspot.com at 2:22 PM No comments: